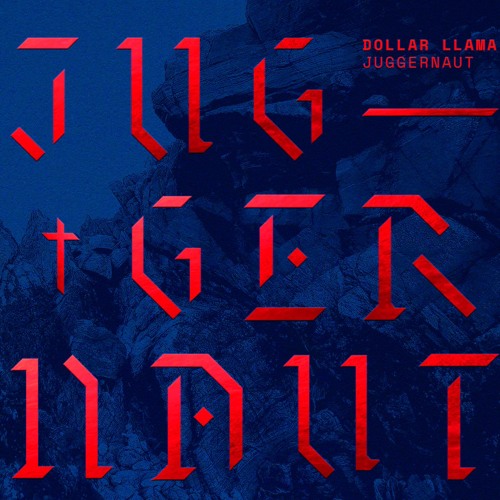 Dollar LLama is a rock project from Lisbon, Portugal.


DOLLAR LLAMA was bred and born in 2002. Back then, the formation was Tiago Simões (vocals), Tiago Silva (Guitar and vocals), João Arsénio (Drums), Nelson Silva (Guitar), and João Mordido (Bass). With clear evidences of the grunge scene, the band started to get noticed, and was signed by Espanta Espíritos, a record label with some dimension in Portugal. In the year of 2005 ( already with José Dinis on the bass ) the band got a new projection, by winning five band contests (!), and because of that, they got to play in very big stages, with bands like Blasted Mechanism or Xutos e Pontapés. The band's name begin to roll with the tide…In 2006, DL released their first EP “Revolution FM”, and the songs “Head to the Bone” and “Above” were included in the playlist of the biggest radio stations in Portugal, showing the best, that the group had to offer at the time.

Between 2007/2008, the EP song “Defense” was chosen to a 7UP TV commercial ad, related to Rock in Rio 2008 and later, the video from the same song, wins the contest of the same event, with online voting. This gave the band an opportunity to record the debut album “Under the Hurricane”, that was anxiously expected by all of the band elements.

In the year, 2009, DOLLAR LLAMA released their debut album by Illusive Records, in Portugal, and Stik Man Records, U.S.A.! With new influences, new state of mind and new ideas, the band kept some distance from the grunge roots and started to get heavier, with some elements from Southern Rock and Metal, producing a somehow original style of music with a all new attitude. Between 2009 till late 2010, the band toured, and played extensively with great nouns of the international and portuguese music scene, such as Valient Thorr, Sights & Sounds, Berri Txarrak, Karma To Burn, Men Eater, Miss Lava, Devil In me among others.

In the beginning of 2011, the band began to prepare the long waited 2º album…. But due to lack of financial investment and support by their labels, DL was forced to put a "hold button" in all their dreams and objectives, and decide to take a break...

Back in 2013, stronger than ever, they return and show the world that the name Dollar LLama was not dead. Returning to active work, the band had the support of José Garcia (Miss Lava) and Andre Hencleeday on drums, and later (in March 2014) entered Pedro Cardoso (former Carbon H, lockpick, Cosmic Sunday, [fever] ) to fill the vacant seat behind the drums. In September 2014, Chikko (formerly Civic) joined the band, adding a guitar to the rhythmic section of Dollar LLama. With 5 elements, the band secured the opening of John Garcia (former Kyuss) and entered the studio for the recording of what is the consecration album of a career of ups and downs.

"GRAND UNION" speaks of the union of force and all the obstacles that opposed the band throughout its 13 years of existence. The album, with 10 tracks, was recorded in the studio The Pentagon Audio Manufacturers and came out on June 27, 2015 with the seal of Raging Planet. In the meantime, the band opened slots with canadian monsters Cancer Bats, southerners Nashville Pussy and many more. In April 2015, Dollar LLama advance with the pioneering idea of having a beer inspired one of his songs, the "ALMIGHTY RED". Among the other songs on the album, "The All Seeing Eyes", "Massive Aggressive", "Noisecreep" (with the collaboration of Rui Guerra, of The Quartet of Woah) and "Howl" make "GRAND UNION" one of the national albums of 2015.

DOLLAR LLAMA have released their third full lenght album in December 2nd 2017.
"JUGGERNAUT" can be defined as a "literal or metaphorical force regarded as mercilessly, destructive and unstoppable. " That's how the band describes the sound of the 10 heavy tracks that makes "Juggernaut" the most powerful album in the history of the band so far.

“SEMIGOD” starts the album like a 10 ton truck of heavy sludged riffs and “MISERY” will bring you to your knees with its grunge sound, groovy chorus and space tripping bridge. “LOUDER” is the most psychedelic song, with a voyage of heavy riffs, trippy solos and raging vocals. The video for the first single – “NAILS” – was released in October and acclaimed by critics. Featuring two Portuguese famous comedians, this video tells the story of two friends who save a wasted Jesus they find on their doorstep. In return, Jesus offers them two invincibility cards
that they will put to the test. If you dig Red Fang, Mastodon or Black Tusk videos, you’ll love “NAILS”.

Juggernaut also features “CURRENTS”, “BOCANEGRA”, “YOUTHRIOT”, “KNUCKLEHEAD”, the title track “JUGGERNAUT” and the bands speediest song, “STAGEFIRES”, that will hit you like a stomach punch. The album was recorded at Black Sheep Studios, produced by Miguel Marques ( Devil In Me, Comeback Kid, More Than a Thousand ) and will be distributed by Raging Planet (PT) and Stone Groove Records (USA).

Playing extensively troughout 2018  ( showing their new record "Juggernaut" ) with appearances in Vagos Metal Fest ( the biggest metal festival in Portugal ), a tour around  Spain and several dates in Portugal, Dollar Llama began 2019 with a line up change with the exit of guitarist Franscisco Marques and the entrance of guitarist Pedro Lourenço ( Ex-You Should Go Ahead / Trauma Lips ). They were the opening slot for the mighty Red Fang in Portugal & they already have scheduled appearances in Hardcore Help Fundation Summerfest 2019 in Germany, and several dates, around their own country in venues and festivals.

With strong, powerful & staggering live performances with fierce dedication to their fans, Dollar Llama are set to make 2019 one of their best years playing in every stages that they can, unleashing their sludge/southern rock throughout the masses, with a new record on the making. Please check them out, and support live music.

MUSIC IS POWER, SEE YOU IN THE PIT.
LOVE, DL.